This planned maintenance update is dedicated to Knowledgebase Manager Pro stability and performance improvements, and resolving of all issues found since the previous release. No new features included.

Know if Question has been Asked to a Particular Article

You will now be informed which article user had been viewing before submitting his question. Link to the article will be included to the email with the user’s question. You just need to click the link to see the article. It will help greatly in responding to user’s inquiry as precisely as possible due to knowing the question context.

You can now edit the template of the email sent when someone submits the Ask a Question form. This allows you to select what must be included to the email and add any text you like to it. For example, you can add a tag to the template to tell emails sent via the knowledge base feedback form apart from other emails in your mail box.

Default time zone, time format, date format, and language settings can be defined now for all new users created by staff, imported from LDAP, and those who complete registration by themselves.

The new captcha that we have implemented in the previous version has proved to be highly resistant to automated submissions by bots. We decided to improve captcha further in this update and make it a little bigger and sharper so that it would be easier for people to recognize characters that it displays.

Here you can see the evolution of captcha in Knowledgebase Manager Pro:

We also added reload button for captcha so users wouldn’t have to struggle with occasional fuzzy captchas. Not sure about some of the captcha characters? No problem. Just click “Reload”. 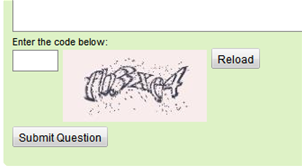 Editor’s Details can be Sent with Subscription Emails

In addition to the author’s details it is now also possible to use editor’s details and article creation and latest change dates in the email subscription templates. Now subscriber will know who edited the article they’re interested in and when precisely this happened.

Release information for other versions